Held in Seoul, South Korea, Typojanchi is one of the largest International Biennales devoted to typography. Typography, as their manifesto states, is one of the “meaningful components of a diverse, urban environment". We were asked to participate in their 4th edition, under the theme of "City Welcomes You". Playing with type, movement and space, several giant welcoming carpets were produced with local Korean manufacturers. Each was placed through out the city, between city sidewalks and museum entrances, each functioning as a Hopscotch game. Visitors were invited to throw a stone, playing and jumping across the carpet. It is both a typographic and a material game, while at the same time becoming a purely analogue-interactive experience. One of the carpets is now housed at the National Museum of Korea collection under the name of berger + stadel + walsh. 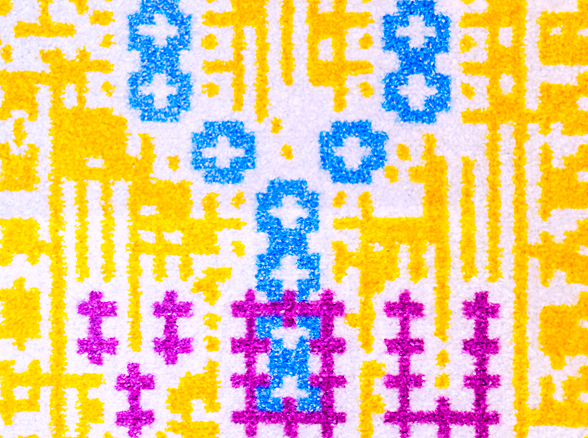